Thank you for visiting our website.We are very delighted that so many of you are taking such an active interest in learning about culture.
Today, people seek material enrichment as well as spiritual development. We believe our soy sauce can offer both. The creative exploration of soy sauce art can be a foundation for experiencing enlightenment through art. Soy sauce is said to have been brought back from China by Kobo Daishi during the Heian period. After discovering its excellence as a drawing material, Daishi and his disciples began the long history of soy sauce art. As time went on, opinions about it have changed again and again. In the Momoyama period (16th century), there emerged many prominent soy sauce painters who helped the art to blossom. At that time, people did soy sauce paintings on the sliding doors of great shrines. Some of these paintings still remain to this day. However, in the Edo period, a new kind of art called “ukiyo-e” appeared. This led to a decline in interest for say sauce art, and it was abandoned.
During the Meiji period, Ernest Fenollosa, American historian of Japanese art, and Tenshin Okakura, scholar, reintroduced soy sauce art by combining it with Western oil painting techniques. This fusion brought a new stage in the art form’s history. Eminent artists wrestled with its reformation, and the soy sauce art was now well recognized in the Japanese art world.
However, after WWII, soy sauce art began to lose interest again. Most artists shunned it as an authoritarian remnant of former times. Yet some of the younger artists who could recognize the charm of soy sauce painting started to adapt it into contemporary art in order to prevent it from disappearing due to the politics of the era. The Sanuki Museum of Soy Sauce Art exhibits many outstanding works from each period, illuminating the art style’s historical development.
It is our strong conviction that traditional soy sauce drawings will surely be a novel art form. Japan, through this art form, will be able to connect with other Asian countries and soon the rest of the world in the 21st century. We hope that, in the near future, we can establish a full-scale museum of soy sauce art and be able to share the greatness of soy sauce drawings to as many people as possible. 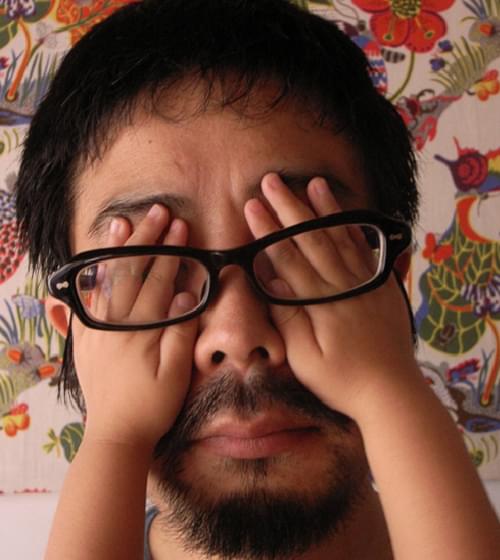 As a student at Tokyo University of the Arts, Ozawa began his Jizoing series in which he photographs Jizo figures he created, situated in different environments. In 1993, he began his Nasubi Gallery series of portable, miniature galleries made from milk boxes, and Consultation Art. In 1999, he produced his Museum of Soy Sauce Art which is remakes of masterpieces from Japanese art history painted with soy sauce, and in 2001, began his Vegetable Weapon series which are photographic portraits of young women holding weapons made of vegetables. Ozawa held his first solo museum exhibition “Answer with Yes and No!” at the Mori Art Museum, Tokyo in 2004, followed by “The Invisible Runner Strides on” (2009) held at the Hiroshima City Museum of Contemporary Art, “Imperfection – Parallel Art History” (2018) held at the Chiba City Museum of Art. In 2013, he made his debut as a stage and artistic director for “Prolog?”, a play by Elfriede Jelinek. The recent “The Return of …” series feature a well-known historical figure in a fictionalized story combining paintings, video and music.